Stuck in a rice rut? Maybe you’re trying to incorporate more whole grains and looking to add some variety to your diet. If you’ve never cooked with grains, the available options may seem a little confusing.

Let’s examine a few of the most common varieties and how to use them.

You’ve probably heard of barley before – it’s one of the main ingredients in some whiskeys and beer. Barley, which is believed to be one of the oldest grains known to man, is also packed with fiber, vitamin B and protein. There are several different types of barley, but pearled barley – which means the outer hull has been removed – is the type most commonly found in grocery stores. However, hulled barley is the most nutritious!

How to use it:  Barley can be used in soups and stews as an alternative to rice. Cooked barley is also great in salad or cooked with a little milk like oatmeal for breakfast. After cooking barley, you may be tempted to toss the cooking water – don’t! Drinking barley water is actually a thing. Try using it in water-based drinks such as tea or lemonade.

Despite its name, buckwheat is not a type of wheat. In fact, it’s not a grain at all. Like amaranth, buckwheat is a seed. Buckwheat is a great source of fiber, magnesium, vitamin B and plant-based protein.

How to use it: You may have eaten buckwheat and didn’t even realize it. Buckwheat is used to make soba noodles in Asian cooking. Buckwheat flour can be used in baking as a gluten free alternative to flour. Use it as a substitute for meat in vegan burgers or meatballs. Alternately, serve it like you would porridge or oatmeal for a hot breakfast option. Buckwheat can even add a chewy texture to your favorite soups or salads. Here’s a simple way to cook toasted buckwheat groats.

Farro is an ancient whole grain with a nutty chewy texture similar to barley. It is high in fiber and a good source of plant-based protein. Here in America, farro is typically sold pearled. The bran layers have been removed, allowing it to cook faster. You may be able to find whole or semi-pearled varieties online or at a health foods store.

How to use it: Farro pairs well with both sweet and savory dishes. It provides a nice chewy texture when added to salads. Use it as a substitute for rice in your favorite risotto dish or as a hot breakfast. You can even incorporate it into a hearty soup or stew.

Quinoa (pronounced “keen-wah”) is considered a superfood because it contains every single amino acid. This tiny seed is beloved by many vegetarians because of its high protein content. It’s also high in manganese, magnesium, folate, iron and potassium and naturally gluten free.

How to use it: Quinoa comes in 120 different varieties, so you’ll never have to worry about getting stuck in a rut. It has a chewy, nutty flavor but adapts well when incorporated into soups and sauces. It can be eaten warm or cold and used in both sweet and savory dishes.

Amaranth is an ancient food cultivated by the Aztecs for thousands of years. It’s actually not a grain, but a seed. However, it is cooked and eaten like a grain and loaded with nutrients such as iron, magnesium, calcium, potassium and vitamin C. Since it’s not a grain, amaranth is a great gluten free option.

How to use it: Amaranth has a sweet, nutty flavor. The texture is crunchy on the outside but tender in the center. It can be roasted or popped just like corn. It can also be boiled and eaten like oatmeal and added as a thickener to soups and stews.

Bulgur is a wheat grain that has been cracked and partially cooked. It is used frequently in Middle Eastern cooking. It can supply you with valuable nutrients such as fiber, protein, iron and vitamin B-6.

How to use it: If you enjoy ethnic cuisine, you’ve likely eaten bulgar before. It’s one of the main ingredients in tabbouleh, a popular Middle Eastern vegetarian salad, and kibbeh, a traditional Lebanese dish. Bulgar has a similar texture to rice, so use it in place of brown rice in your favorite recipes.  Bulgar can also be used as a binding agent for vegetarian burgers.

Couscous is known as the national dish of Morocco. It’s not a grain or a seed. It’s made from semolina, or Durum wheat, the same wheat used to make pasta. It comes in two varieties – Moroccan couscous and its larger counterpart, Israeli. As with pasta, whole grain varieties have more nutritional value. This sugar-and-fat-free food contains a small amount of fiber and protein but is high in selenium.

How to use it: Use couscous as you would in any rice or pasta dish. Because of its small size, it cooks rather quickly – usually within five minutes.

Millet is a tiny, pale yellow seed. Here in North America, it’s primarily grown for use as bird seed. But countries such as China and India have been eating millet for centuries. Millet is a naturally gluten free food and also considered a whole grain. It is a rich source of protein, fiber, vitamin B and manganese.

How to use it: Millet does not have a strong flavor of its own, so it readily absorbs the flavor of other ingredients it is cooked with. Because it’s so tiny, it can be easily incorporated into baked goods for added nutrition. Toss it in soups or salads and use it as a substitute for rice. Try it out as a nutritious hot breakfast topped with sliced fruit or berries.

This article was written by Lisa Bynum for Busy Cooks. 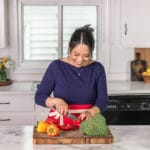 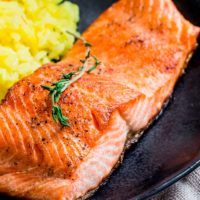 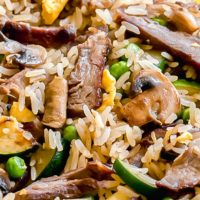 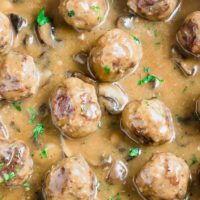 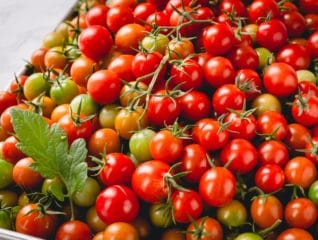 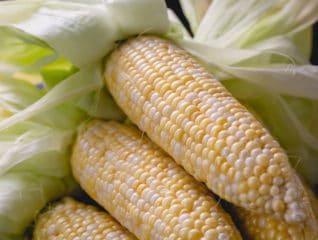 How to Clean Stainless Steel Pans