Servings 3 cups
Total Time 1 hr
How to cook barley faster? Cook it in an Instant Pot, and you'll get deliciously nutritious side with a great texture!
Jump to RecipePrint Recipe 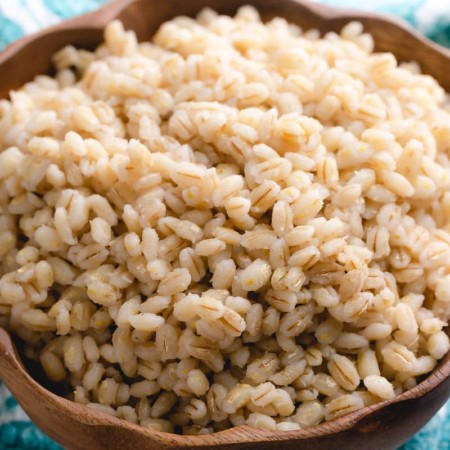 How to cook barley faster? Cook it in an Instant Pot!Hulled barley is a true whole grain. It’s rich in nutritious vitamins and minerals and has lots of benefits over pearl barley. Though it takes longer to cook hulled barley than pearl barley, it’s no longer an issue, since we’re using our Instant Pot!

Are you looking for a healthier alternative to your regular side dishes, like steamed white, or brown rice? Great news, there are many different whole grain alternatives, and today we’re going to show you how to cook super healthy, chewy, and nutty barley.

If you’ve never had barley before, or only had it in soups (beef and barley soup, anyone?), then you’ll be surprised what a delicious and satisfying side dish it is!

But before we jump into cooking barley, let’s talk about what barley is and what types of barley you can find on the market.

What is hulled barley?

Barley is one of the oldest grains known to man, and it’s packed with fiber, vitamin B, protein and other minerals like phosphorus, magnesium and niacin. It helps to reduce cholesterol, therefore making it a heart-healthy grain.

And thanks to its great source of fiber, barley also promotes a healthy digestive system.

In addition, barley helps to regulate blood sugar, which is a great addition to a diet of a diabetic.

What types of barley are out there?

Why Cooking Barley in Instant Pot is a Must

Unlike pearl barley, hulled barley takes long time to cook. It takes at least 1 to 1.5 hours to cook hulled barley on stove top. That’s why I love cooking it in an Instant Pot. That way I can set it and forget it.

How to cook Hulled Barley

How to serve barley?

While barley is a fantastic addition to soups, there are plenty of other ways to serve this deliciously chewy grain. Here’re just a few ideas:

Hulled barley has a mild nutty flavor with a chewy texture.

What is the ratio of barley to water?

Typical ratio is 1 to 2.5 hulled barley to water.

Does hulled barley need to be soaked?

No, soaking isn’t necessary and doesn’t make much difference in cooking time.

How long does it take to cook barley in the instant pot?

While cook time is set to 23 minutes on Instant Pot, the entire process takes about 1 hour which includes the time for pressure cooker to build the pressure and natural pressure release time. 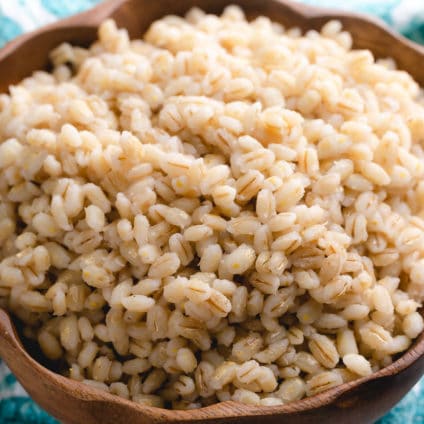 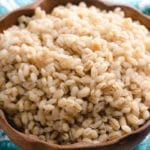 Sharing of this recipe is encouraged and appreciated. Copying of full recipe to any social media is prohibited. 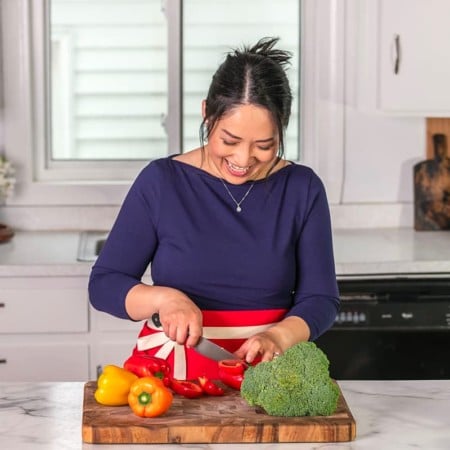 We’re so happy to have you here!
Busy Cooks is your one-stop solution to your nightly dilemma: what to make for dinner.